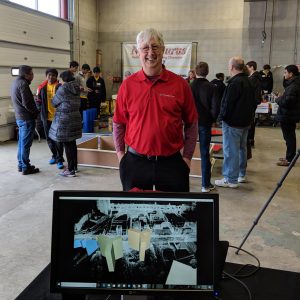 Kenneth Stigner has been part of the Land Surveying industry for over 44 years and is a licensed land surveyor in five states. He began his career in 1974 while in the United States Army.

When Ken started surveying, the instruments and methodology had evolved very little in the last one hundred years.  He was still using analog instruments, taking measurements with a steel tape.  Some of the standard tools in use at the time included transits and dumpy levels.  Since Ken was a geodetic surveyor in the military, he had access to more advanced technology, including highly accurate theodolites and tellurometers, which were effective in measuring long baselines.

“In 1974, the surveying industry used similar tools and methods from the previous hundred years,” stated Ken.  “Over the past 40 years, things have changed dramatically.” 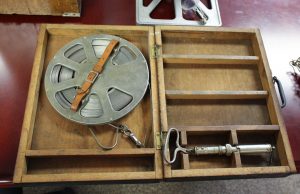 The most notable change was the introduction of lasers in 1980.  The lasers were mounted on theodolites and were incorporated to read distances electronically to a prism. This type of instrumentation evolved into the total station where angles and distances were measured electronically. The instruments started reducing angles by themselves, and the information could be coded for direct placement into drawing files. This evolved into reflector free instruments, which did not require prisms. Today we also employ robotic instruments.  One of the significant changes in the early part of the 21st Century is the development of laser scanners, which now give the surveyors the ability to measure hundreds of thousands of points from a fixed position. More recently we have seen the scanning devices mounted on vehicles which enable us to collect data while driving down the road or sailing on a river. Over the last couple of years Unmanned Aerial Vehicles, commonly known as drones, are being put to use collecting survey data from the air. 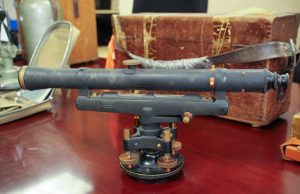 The introduction of Global Positioning Systems (GPS) was another major change in how surveyors collect data. GPS was very hard to use in the beginning. Observation times were dependent on when the satellites were visible to the project site. At times, this required teams to take measurements in the middle of the night. Today, more satellites are in orbit, and there are many other networks continually observing satellites and reporting their position, which we tie into.

With all the technology that has been developed, surveying has become less time consuming and more accurate; it also requires fewer people in the field, sometimes it can be just one person and a robot.

That said, despite all of the technological advancements in collecting information in the field, surveyors still need to carefully review the data collected and make judgments with regard to the placement of boundaries. That part of the process has not changed 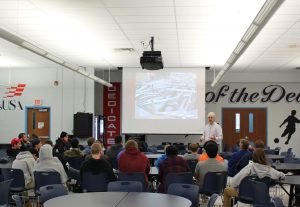 When asked about some of the current issues about the land surveying industry Ken stated, “The average age of a licensed land surveyor is rising. Surveying is not as obvious as say, civil engineering or architecture.  Most people do not know what land surveyors do and how important they are. We are not in front of the public, so we need to raise public awareness about the industry.”