The World Beneath Your Feet

The World Beneath Your Feet 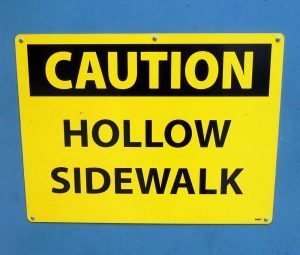 When walking on the streets of Manhattan and other older cities, you may not be walking on solid ground. Under that four-inch slab of granite or concrete might be an open space dating back to the 1900s. Many buildings have what are known as “sidewalk” or “basement” vaults. These vaults are an extension of the basement of a building, which extended under the sidewalk and into the street.

As surveyors, we are often tasked with locating these vaults to determine if they exist, how far they extend beyond the building line, how deep they are, and the thickness of the sidewalk. In many cases, there are visible clues that vault space exists beneath the sidewalk. Cast iron or concrete panels fitted with clear glass lenses which let in light are a good clue, as are sidewalk elevators and coal chute covers.  Unfortunately, there are no accurate public records about which buildings have sidewalk vaults. 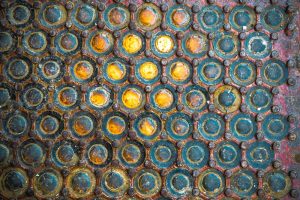 The use of the space dictates how difficult vaults are to measure. In some cases, the vault space is open. There are other cases where they may be used as storage areas, or even had interior access to the vault closed off. I have seen cases where the area was completely fitted out as retail space, making it very difficult to tell where the vault begins or ends due to finished walls and ceilings.

Building owners are responsible for the vaults and the sidewalk or street above them, whether they know they are there or not. Many of New York City’s sidewalk vaults date back into the early 20th century and were constructed of clay brick and structural steel, which can corrode and expand over time. Without proper upkeep, these structures could collapse under extreme pressure. Historical areas where streets are narrow and delivery vehicles commonly park on sidewalks are good examples. 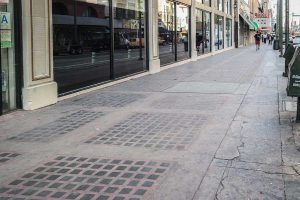